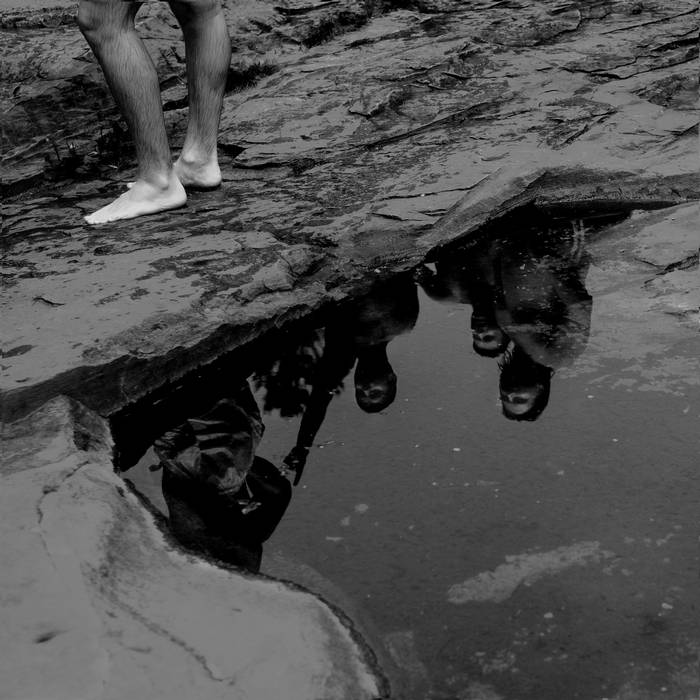 "A deeply personal record and all the more affecting for it." - Electronic Sound

"Wholeness speaks to the heart with unrelenting intensity." - Echoes and Dust

"The Last Dinosaur simply made an excellent album." - Son of Marketing

"A very personal & artistic triumph, ‘Wholeness’ shimmers and dazzles like no other. Truly outstanding."
★★★★★ - Get Ready to Rock

"Prepare yourself for a timeless moment of twenty-six minutes of delicate reverie between trembling folk, orchestral, and rainy ambience."
★★★★ 1/2 - Sound of Violence

"The ultimate message of the album is that hope remains possible even in the hardest of circumstances. Demons can be conquered, at least for a time, long enough to declare the essential goodness of life." - A Closer Listen

"This follow-up is poles apart from its predecessor. To use a Talk Talk analogy, if The Nothing was the semi-mainstream The Colour of Spring, Wholeness is a leap into Spirit of Eden/Laughing Stock territory." - No More Workhorse

“Life is a muddled melting pot of uncertainty, joy, emptiness, confusion, hope and longing, one that we only drift through for a brief time before realising that everything is temporary and there are no real answers, and this album is no different.”
82% - Belwood Music

"Wholeness is an acknowledgement that a human’s state is always temporary and mostly random, whilst at times exponentially breathtaking."
7.5 - Live4Ever

“I lost my job. I lost confidence. I lost my mind. I made this record.” This is how Jamie Cameron sometimes explains the existence of his third album as The Last Dinosaur, and it’s a testament to his tenacity that it exists at all. Though it’s a succinct 26 minutes long, Wholeness speaks to the heart with such intensity that it says more than many artists manage in a lifetime, not that you’d guess the stories behind it. Intricately detailed, painstakingly arranged, and imbued with an unforgettable, bitter-sweet tenderness, it refuses to restrict itself stylistically, yet its integrity is worthy of its title, even if that was originally chosen to celebrate the completion of the profound odyssey that led Cameron to make it.

From its orchestral introduction, ‘Wholeness And The Implicate Order’ – its victorious nature ultimately overwhelmed by an eerie recording of pylons “emitting a strange sound, as if the wires were whipping electricity” – to the strangely affecting instrumental, ‘The Wheelbarrow’, its rippling pianos punctuated by the chatter of the daughter of two old friends from whom Cameron had once been estranged, WHOLENESS tracks a complicated but redemptive path through recollections of a withdrawn childhood and an adulthood crippled by insecurity, tragedy and death. “The album,” Cameron confesses, “symbolises a personal journey, after years spent in a creative wilderness underlined by fear and doubt, to rediscover and reconnect with a pureness of creativity and creative autonomy.” No wonder it opens with a triumphant brass fanfare.

“Music has always been everything to me,” Cameron elaborates. “It was all I ever truly cared about.” Born in 1984, he grew up a shy, sensitive child in a seemingly contented family in the Essex countryside, drawing comics, making home videos, developing an interest in photography, and immersing himself in a wild variety of different sounds. Initially inspired by his father, who took the family to Cropredy every year to nurse his passion for English folk music – from Fairport Convention to Fotheringay – Cameron soon expanded his horizons to include bands like The Blue Nile, Tears for Fears, Dead Can Dance, World Party, Crowded House and REM, all acts notable for their sincerity, though their effects on his own music are otherwise opaque. “Melody and harmony do something magical to me,” he explains. “I used to sit at the back of the people carrier on drives to France, quietly singing along to the holiday mixtape in a pathetic, weak falsetto to myself, harmonising with the main vocal.”

Sadly, Cameron began to struggle with mental health issues, and music took on greater significance. “It’s been the only outlet,” he confesses, “for a lot of circling pain, thoughts, questions, and for sifting through all the babble, fixing on the sticking points. It allows me to write sympathetically, or with empathy, about situations or people where anger and hurt are dominant emotions. Also, it’s an attempt to self-actualise, to create a space where the person I’m hoping to be, and the life I’m hoping to have, already exist.”

If this sounds melodramatic, wait up: Cameron’s struggles have been as hard as anyone’s. Though THE LAST DINOSAUR’s first album, 2010’s Hooray! For Happiness, was “merely” a breakup album – about his parents’ difficult split, and his own with his girlfriend – 2017’s The Nothing found him digging far deeper inside himself in an attempt to come to terms with the death, when he was only 17, of a childhood friend with whom he’d just released their first album. “James and I were sitting on the side of the car where we were hit,” Cameron recalls sadly. “He took the extent of the impact. They had to put me in a chemically induced coma. Once the drugs were wearing off, I would start gaining consciousness, but I didn’t understand what was going on. Despite my condition, my mum thought the right thing to do was to explain to me what had happened. It terrified me, beyond anything I can really describe.”

What The Nothing’s seven-year gestation failed to address, though, was that Cameron’s unhappiness was yet more complex still. While the loss of his musical partner and friend absorbed his emotional attention, he remained in denial about the impact the unusually distressing breakup of his family – and the ensuing departure of his mother, with whom he’d previously been very close – had wrought upon him. That The Nothing had ended up – to his mind, at least – creatively disheartening didn’t help. To make matters worse, he swiftly lost the job for which he’d at last moved to London from the Essex countryside. “I’d finally found confidence and satisfaction after seven long years deteriorating in a Blockbuster,” he says, “but when this happened I lost a creative fire I’d never previously questioned. I was also deeply entrenched in the effects of post-traumatic stress. I was devastated, and I didn’t know who I was anymore. There were points where I thought that The Nothing might be the last thing I’d ever make.”

Fortunately, it wasn’t. Whether it’s in ‘Shower Song’’s Sparklehorse-like intimacy, or ‘Spirit Of The Staircase’s Cinematic Orchestra flavoured poignancy, the stream-of-consciousness ‘Errant Child’’s brave reminders of Mark Hollis’ frail solo album and its remembrances of Cameron’s mother, ‘Untitled Piece For Piano & Viola’’s bucolic innocence, or even ‘In The Belly Of A Whale’’s enigmatic ode to friendship, whose poetry, penned by close friend Amy Acre – “You turn the tap and I’ll cup my hands” – recalls Prefab Sprout’s masterful I Trawl The Megahertz, WHOLENESS speaks to all who’ve at some point been forced to overcome what once seemed insurmountable obstacles. Born of sadness and suffering, sprinkled with field recordings whose personal significance is as inscrutable as it is fundamental – the sound of his walk home through London’s Clissold Park on ‘Shower Song’, the typewriter keys nodding to Max Richter’s The Blue Notebooks on ‘In The Belly Of A Whale’, the dog tapping across the floor on ‘Untitled Piece For Piano & Viola’ – it’s nonetheless as wholesome and positive as its name suggests. Some may argue – if perhaps not Cameron – that it’s enough to make the adversities worthwhile.

Whether that’s true or not, these songs – which also feature regular collaborators Rachel Lanskey (viola), Luke Hayden (piano) and Lewis Daniel (woodwind and brass) – have guided Cameron to a crucial epiphany: “Inspiration is temporary, anxiety is temporary, consistency is temporary, insecurity is temporary, failure is temporary, pride is temporary, hopelessness is temporary.” It’s hardly surprising, then, that he clings to Pablo Picasso’s famous quote, “It took me four years to paint like Raphael, but a lifetime to paint like a child.” He remains characteristically, almost agonisingly self-deprecating – he describes his work as “like film music mixed with whispery, pathetic songs about my life” – but even he surely recognises that this time he’s achieved something special.

“I like to think that my motto is Never write the same song twice,” he concludes. “I just really like experimenting. I think that’s when I feel most confident, most proud: when I’ve produced something and I can’t explain where it came from, and I can’t even credit myself for it. I just try to create that indefinable feeling which I can only describe as a heady, exciting rush of euphoria and adrenaline at the sudden realisation that right this second, you’re alive, and anything is possible. Music really is incredible.”

Wholeness and the Implicate Order (5:46)